I have been a lifelong conservative who believes and advocates what our founding fathers created, a constitutional republic that protects the individual rights and freedom of every citizen. I am a hardworking American who understands the difficult challenges and frustrations we face during these tumultuous times. Our government which has ignored and disregarded the voice of the people is now infringing upon our personal freedom and rights. There is an attack on conservative values   We the People need to send a message to the powers that are working to intimidate us, silence us and censor us. We must stand up against those who want to oppress, discriminate or penalize against conservative values. The government was intended to represent the people and those elected are supposed to work for the best interest of their constituents. The politicians have forgotten who they work for.  Our country’s foundation was built on the principles of freedom, human rights with law and order to protect and serve its citizens. It is time to remove and replace the status quo with common sense, logic and practical solutions that serve the people instead of corporations, special interests or the selfish intentions that benefit the politician. It is time to get back to the basics of our American heritage and fundamental principles that made this nation so great. Be not afraid of the future, it is within our power to steer and correct the future path ahead of us.

It will take strong leadership and hard work in conjunction with the citizens of the community to work together to bring about the much needed changes that will improve the lives of the residents in Charlotte County. My previous experience as an elected official has provided me the knowledge and the ability to examine, analyze and scrutinize the variety of departments that maintain and service our community. I am running for Commissioner because our community needs strong conservative leadership, a representative of the people and an advocate for the people’s rights, as well as no community being neglected or abandoned as the board of commissioners did with the Charlotte Ranchettes in March of 2021. As a Charlotte County commissioner, regardless which district or community you reside or own property within, or which commissioner represents your district, I am a public servant for all the residents of Charlotte County and will be available to all.

I was born in and lived in Washington DC, as well Texas and Pennsylvania. I have a diverse background opportunities to work in many different types of careers which has provided me with extensive experience in various industries. I started out in the construction industry working on site and promoted to management position, overseeing major projects. Due to a construction accident I chose to take a different path into the IT and Telecom industry and gained employment within the banking industry. At this point I became an entrepreneur and opened my own IT Telecom business. The business was successful, however due to moving I sold this business and started a small farm. I am currently employed in the airline industry as a flight attendant and a part time minister.   In Pennsylvania I entered the political area and was elected as a township commissioner. During my term, one of my greatest achievements involved negotiations with the union to transfer from guaranteed pensions which were bankrupting our local municipality (and the state) pensions to a 401K style.  This new union contract/deal became a ground breaking landmark initiative within the state of Pennsylvania. It has been adopted and instituted by several municipalities that has saved taxpayers millions of dollars in property taxes.

I have been married twenty years and raised four children with our youngest currently attending Charlotte High School. Fatherhood has been one of my greatest joys and life experiences. In 2015, my wife and I decided to seek a better life in Florida , away from Pennsylvania due to the liberal ideology and policies that continue to have negative and devastating results of high taxes, lack of growth and opportunities etc. We focused on southwest Florida but it was Charlotte County that captured my heart and I knew instantly this was the place that would become our hometown.  I live in Punta Gorda, district two, which would be considered the country or the rural area of the county. My family has a small gentleman’s farm, with my focus as an apiarist (bee keeper) and we are excited to expand our hydroponics farming which provides organic food quickly with higher production rates and is more sustainable then traditional farming methods. My family has planted its roots and we hope to live out the rest of our lives surrounded by the beauty of Charlotte County.

It’s time We the People, become the change we need …for the future depends on ALL of US! 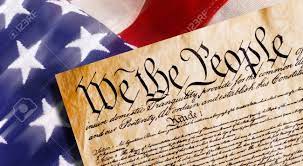